What To Expect From Wayne Rooney At DC United 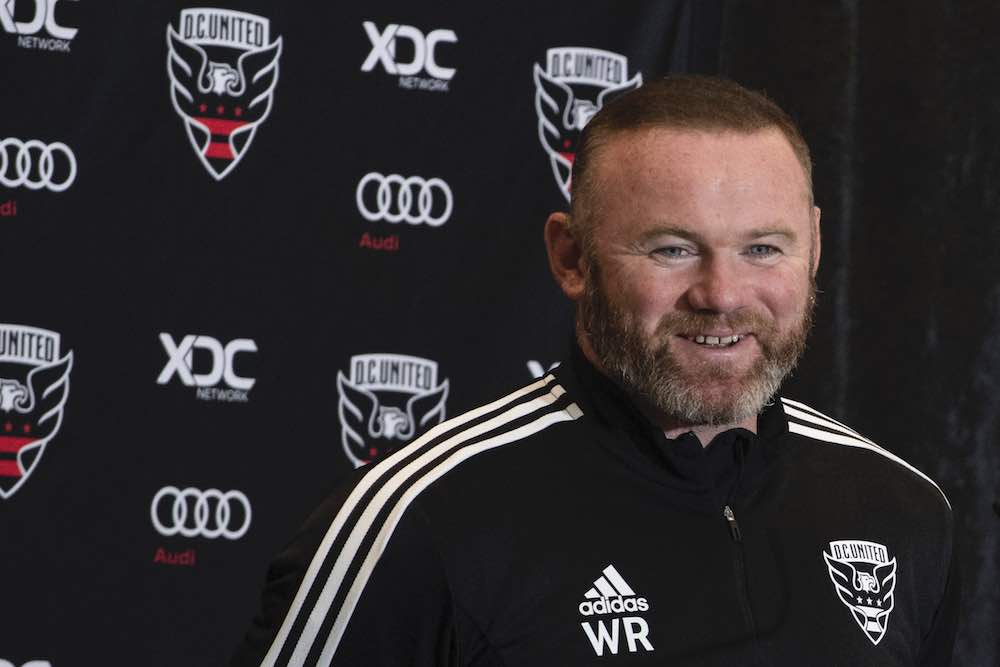 The former Manchester United and England international is a previous Designated Player (DP) at DC United and is coming into the role after leaving his position as manager of Derby County.

No stranger to difficult situations, Rooney takes charge of a struggling DC United who have just traded away one of their more senior and high-quality players in Julian Gressel. Gressel has joined Vancouver Whitecaps in a deal worth up to $900,000 in General Allocation Money.

The Whitecaps will be happy to bring in a player of Gressel’s quality and Major League Soccer experience in a right-wing back position in which they could use an upgrade. For DC United, it is a sign of changing times under Rooney, but what should they expect?

The first point to cover is the departure of Gressel. Ashton moved to a back four in their game against Columbus Crew, signalling a change from the back three with wingbacks where Gressel was a key figure.

Changing to a 4-2-3-1 formation limited the role of Gressel and it seems like DC United have decided to free up his slot on the roster and have the opportunity to bring in someone who better suits Rooney’s system.

Taxi Fountas is the only DP currently on the roster and is a fantastic player to build the team around. After missing a penalty in their match with Columbus, Fountas tied the game at 1-1 and his cross was turned in by Ola Kamara to draw level once again to 2-2 late in the game.

Martín Rodríguez has been brought in from Turkish side Altay SK. The Chilean will look to make his debut under Rooney and as an attacking winger seems to fit the new system better than the old. Ashton played Nigel Robertha and Jackson Hopkins on the wings against Columbus. Rodriguez would be a more natural fit compared with the aforementioned duo who may be more suited to a central role.

Defensively, there are several issues Rooney needs to address, and the long-term injury to Brad Smith is a big hit to the side. After drawing level with Columbus, they almost immediately went behind again when Cucho Hernández scored his second of the game. And this followed on from their record-breaking 7-0 defeat to Philadelphia Union.

New additions may have a previous connection to Rooney or be players the new head coach has highlighted to the front office as key to his roster build.

It will be interesting to see if they fill one or both available DP spots this window or look to develop the squad and integrate academy players this season while making plans for big signings at the end of the season.

What needs to be remembered is that when a player goes into coaching/management they are still developing their own abilities in the new role. They may be superstars on the pitch, but there is still some development and learning to do when it comes to coaching.

From his time at Derby, there are a number of things we can identify as strengths in Rooney’s coaching style.

He is adaptable. There was almost no consistency at Derby with the club in administration during his time as manager. Players were forced to be sold to try and raise money to pay debts, player signings were difficult, and he was working with an extremely tight budget that was allowed for acceptable running costs.

Players would come in on loan or free transfers if they had been released by other clubs. He relied on a mixture of academy players and seasoned veterans like Phil Jagielka.

At the end of his first season with the club, the roster was decimated. Rooney was able to get the players he was left with, as well as a few additions, to play above expectations considering the difficult times the club were having.

He has shown himself to be an incredible motivator and able to get his players working for each other in difficult times, which is exactly what DC United will need at the moment.

Former England manager Steve McClaren told Talksport: “He manages the situation, he manages it very, very well. He delegates – he lets the coaches coach, he trusts his staff, he trusts his players and behind the scenes he’s got a fantastic knowledge of football.”

Ensuring he has the staff he wants beside him will be key for Rooney who is still learning how to run sessions himself, though he does have experience of working with world-class managers like Alex Ferguson and his coaches at Manchester United to draw upon in this area.

That is not to say Rooney’s own level of coaching isn’t currently good enough. It clearly had a good effect on Derby while he was there, using the likes of Jagielka to help, passing on their knowledge to younger players to help steady the ship.

His side often used a double pivot with three attacking midfielders behind a lone striker. Chris Durkin started alongside Drew Skundrich against Columbus, while Russell Canouse is likely to feature heavily. The two central midfielders will provide a shield in front of the defence while pushing high at times and looking to press the opposition — a style the DC United owners and front office are keen to implement.

Rooney was a favourite among fans despite leaving early due to his family not settling in the area. This is something they will have spoken about and have a clear understanding of what the future looks like with their new head coach.

General Manager Lucy Rushton is looking for a more direct, pressing style, which is something they see in Rooney’s philosophy. They will be well aware of the difficulties of turning this team around, and patience will be required.

Rooney is seen as a coach who can galvanise the players already there and be an extra reason for new players to be tempted to join.

He already has an understanding of MLS and the club, so it will take him less time than other head coaches to adapt to the league.

With this signing, DC United will also hope to bring some good feeling back to the fanbase. All the positivity so far has centred around Fountas, but now with Rooney, they will see someone with talent and determination who will look to improve the fortunes of their club. 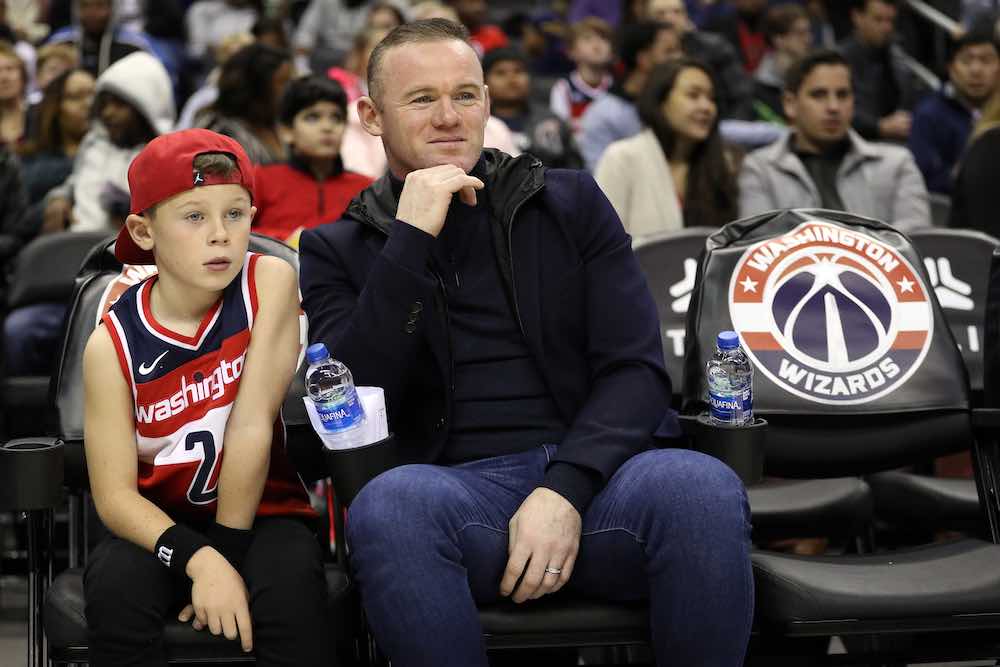 WASHINGTON, DC: DC United soccer player, and former Manchester United player, Wayne Rooney looks on from a courtside seat with his son as the Brooklyn Nets play the Washington Wizards during the first half at Capital One Arena on December 01, 2018, in Washington (Photo by Patrick Smith/Getty Images)

Rooney says he is here to develop and one day go on to coach at the highest level. Asked in a recent interview if coaching in MLS was a step back, he replied: “I really find that a bit disrespectful to this league.”

He believes this is a place where he can learn and grow as a head coach and has full confidence in his ability to do so.

Young players should also be encouraged after his time at Derby bringing through academy players. In the same interview, he said: “I really believe with my capabilities of developing young players that we can get this club back to successful ways again.”

Having managed to perform in difficult situations, Rooney will be pleased to have some more control and security, at least around finances, than he is used to. He has space for two DPs as well as assurances from Rushton that signings will be possible.

To be the superstar he was on the pitch, the drive and determination Rooney showed as a player is transferring into his new role as a coach. He wants to be at the top of the game, with an aim of one day managing in the Premier League.

“I’ve stated quite clearly there’s a couple of clubs I want to manage in the Premier League,” he said. “In order for me to get there I want to make sure I do everything right, that I gain the best experience I can.”

He didn’t shy away from a difficult second season at Derby, and he looks set to build on his experiences in MLS for an extended period. It won’t be forever, and when the right opportunity comes up at the right time, Rooney will surely get his shot at one of his desired Premier League clubs.

In the meantime, Rooney looks like he will want to leave a big impression on DC United, to be a head coach that develops young players and competes in the playoffs.

That seems a long way off now, but stabilising and improving the direction of the team this season will be seen as a positive.

Next season will be where Rooney will target bigger improvements, when current players have caught up with what is expected and his targets, along with the data-led scouting covered by the team already, are brought in.

It is an exciting signing for DC United as well as MLS. Coming along at the same time as the likes of Gareth Bale and Giorgio Chiellini on the pitch, Rooney adds more excitement and interest from abroad in the club and the league itself.

Mike Rice: Will The New York Red Bulls’ Strikers Hold Them Back In 2022?