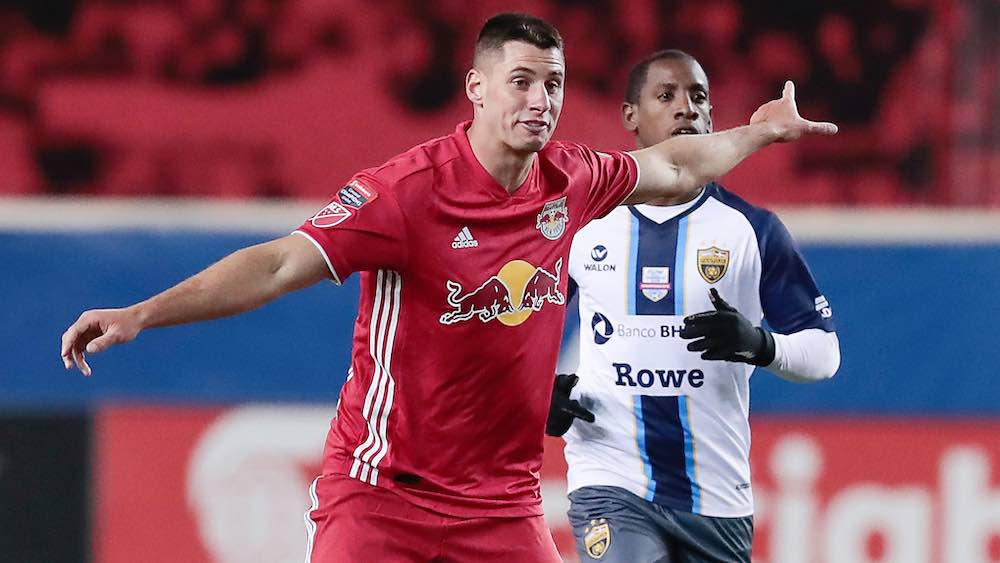 Aaron Long has been gathering the plaudits and staking his claim for a centre-back spot in the United States national team alongside Walker Zimmerman.

And rightly so. He has been a great leader for New York Red Bulls and stepped into the national team with confidence and composure.

The Red Bulls are flying high in Major League Soccer and Gerhard Struber’s side is very much looking like a Supporters Shield and MLS Cup challenger on current form.

Alongside Long, there is another player who has been going somewhat under the radar. Sean Nealis has played the most minutes of any Red Bulls player and has been vital in both the back three and back four formations used by Struber this year.

Nealis has made the second-most aerial duels (163) in MLS, just behind C.J. Sapong of Nashville who has 166. With his involvement in physical duels, it is perhaps understandable that Nealis ranks 8th for total fouls this season with 33 from his 19 MLS games so far.

Despite making so many fouls, he has only received four bookings. He is clever with how he slows down the game and prevents the opposition from building counter-attacks.

Tactical fouls are ones which stop the game and allow teams to reorganise. They are often in areas of the pitch which usually don’t bring a booking, and they are soft fouls but obvious ones. It is done in all leagues throughout the world. Even Pep Guardiola’s Manchester City team has been known for using this tactic.

What stands out amongst Nealis’s stats is the fact he has only made four slide tackle attempts, winning two of them. This shows his positional strength in defence, making sure he is not lunging in and defending on the back foot. He reads the play well and can position himself in order to control situations as well as step out and intercept.

He has shown how he can defend in different ways, knowing how to manage games and has a strong tactical understanding and game management.

Drafted 25th in the MLS SuperDraft back in 2019, Nealis has been a regular in the past two seasons.

RBNY play a frantic, high-tempo game which can often leave defenders dealing with transitions and being forced to defend while unorganised. Nealis has been trained to prepare for this style of play since coming into the club.

He sits just below the two Philadelphia Union centre-backs in Interceptions this season. Nealis has 108 while Jack Elliott has 115 and Jakob Glesnes with 126.

He can look to change the point of attack as well as maintain and initiate attacks by moving the ball safely into midfield.

Having the option to use Nealis in a back three or back four shows his flexibility and talent, which has made him a key part of the Red Bulls’ defence. His consistent level of performance will be vital to the side as they look to progress this season.