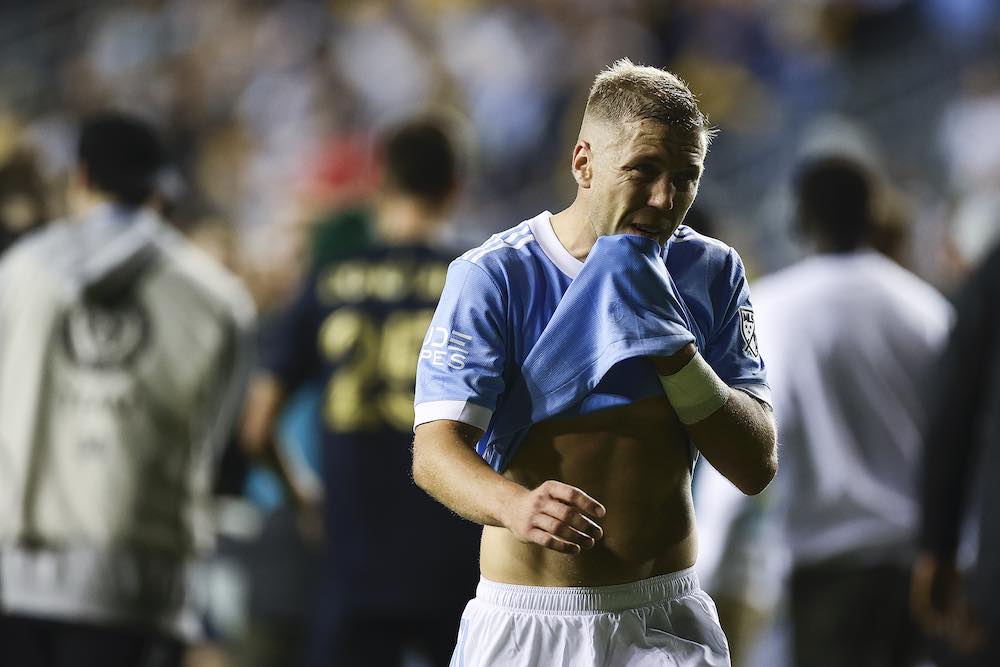 New York City FC succumbed to a ruthless Philadelphia Union side in Major League Soccer’s Eastern Conference final, eventually falling to a 3-1 defeat having gone a goal ahead.

It was the end of an optimistic run of games as the regular season drew to a close and the postseason began, which saw the team win the Campeones Cup, secure a Hudson River derby victory, and finish strongly enough to secure a home tie in the first round of the playoffs.

Impressive wins against Inter Miami and Montreal Impact followed, leading to suggestions that this team could go on the win the MLS Cup despite not looking capable of such a feat at times during the regular season.

Philadelphia Union, on the other hand, had been arguably the best team in MLS in 2022. City were given a demonstration as to why on Sunday night as Jim Curtin’s side created three good chances on goal and scored all three.

Just as the Union had been without some key players in the same fixture last season, which saw NYCFC win 2-1 and go on to defeat Portland Timbers to win the MLS Cup, City were without some of their own stars this time around.

Most notably centre-back Maxime Chanot, who had been an important part of the successful switch to a 3-4-3 system, and Designated Player (DP), Talles Magno.

In many ways, this reinforces a point made recently by Paul Harvey on Twitter that roster rules are one of the biggest levellers in MLS, and injuries to key players can curtail even the most talented teams in key moments.

The biggest is the roster rules. It’s not the DPs, which have no cap – it’s that fact that only 20 players are on the senior roster with 8 supplemental spots. That means that the quality on MLS rosters is tightly concentrated, and injuries (which are inevitable) have huge impact.

This means the way reserve and youth players—who are often at a similar level of quality across the league—are used, can play a big part in a team’s progress.

NYCFC have used one such player, Kevin O’Toole, to great effect in a functional role down the left in recent games, and he continued in this position for the conference final.

Head coach Nick Cushing was justified in sticking with his system. For all the potential threats Philadelphia Union posed in the first half, they never became actual threats. And for all Union’s high pressing, the Pigeons still looked like they could fly around it.

Another homegrown youth player, Justin Haak, was arguably one of the best players on the pitch in the first half, having to play in an unfamiliar position against one of the most aggressive high pressing teams in the league.

Haak played there for the first time in the second half vs Montreal. Chanot, who normally plays there but went off injured, gave him some pointers at half time. pic.twitter.com/IRijTBh4WS

But there was a moment in the second half where he began to look a little more vulnerable. There is a management skill to noticing these signs and doing something about it, similar to a baseball manager deciding when to remove his starting pitcher and introduce a relief pitcher. It’s better to do it before things start to go downhill rather than after, and this requires a sixth sense that comes with experience in such situations, something Cushing and many of these players don’t yet have—or maybe they do now. It is something that all involved can learn from.

That’s not to say Haak was necessarily bad after NYCFC took the lead. A number of players were at fault for each goal.

For the first they were caught out by a quick free-kick following a substitution, Johnson could have done more for the second instead of staying on his line, and the third was a catalogue of errors of which Haak being muscled off the ball was probably the most forgivable. After that, Cory Burke went past defensive midfielder Nico Acevedo and center-back Thiago Martins (a DP) as if they weren’t there, before Anton Tinnerholm had a chance to clear the danger but failed to do so.

Haak can be pleased with his overall performance and Cushing should have no regrets about putting him in the starting lineup, though maybe the substitutions and in-game decisions in the second half could have been managed better.

And there is a reason many coaches will not make subs ahead of set pieces. Even though Keaton Parks coming on for Gabriel Pereira may have not contributed directly to the first Union goal—for which City were caught off-guard by a quickly taken free kick—it may have made the slightest difference to their concentration levels. At the top level, the margins are slim.

On top of this Gabriel Pereira had been a big part of NYCFC’s ability to work their way through the Union press. He and Santi Rodriguez often dropped deep from the front line, using their technical ability to control and then offload the ball in tight areas, or their dribbling ability to evade a challenge. They certainly lost something without Gabriel, and Parks may have been better off replacing Héber or Acevedo.

Easy to say in hindsight, though, and the equalising goal coming immediately after a substitution that was no doubt designed to shore things up, was the worst possible outcome.

But in the end, with one star attacker and DP out through injury, and another–top scorer Taty Castellanos–having been sent on loan to Girona earlier in the season, City lacked the star quality needed to progress to the championship game.

When asked to do so, Brazilian striker Héber has filled in admirably for much of the season, but in the conference final he was the fourth-best striker on the pitch behind Union’s Julián Carranza (DP), Mikael Uhre (DP), and Cory Burke.

Many reasons will be given for New York City’s conference final defeat, both micro and macro, but maybe they simply suffered from a case of MLS forced equity, driven by those roster restrictions, and they actually gave it a good shot given the circumstances.