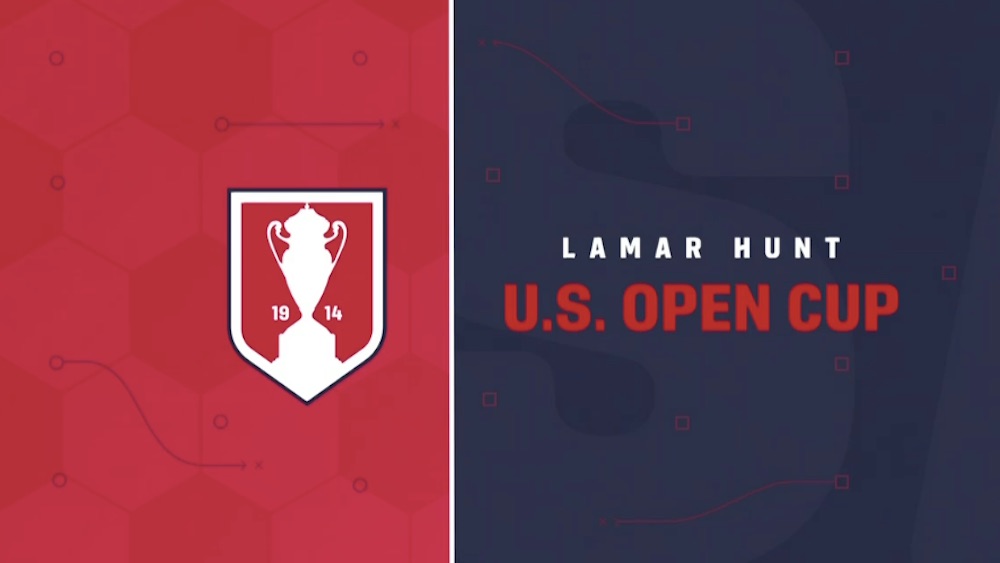 The former pair were the standout players at Red Bull Arena where Gerhard Struber’s side saw off their rivals from across the Hudson River — a win which was made all the easier thanks to a red card for New York City FC’s Thiago Andrade.

Local bragging rights in New York soccer can be complicated. What is being bragged about, who to, and where?

When City won the MLS Cup last season, they became the first of the Major League Soccer teams with New York in their name to win the trophy. Bragging rights, right?

Instead of envying their rivals too much, the Red Bulls, who have won the Supporters Shield on three occasions, pointed to the size of the small banner displayed in Yankee stadium to celebrate NYCFC’s 2021 championship.

In terms of games between the two sides, there have been some memorable matches since NYCFC joined the league in 2015, but given there have been none in the MLS Cup playoffs, Wednesday night’s US Open Cup quarterfinal was arguably the biggest and most meaningful Hudson River Derby to date.

The biggest New York Derby yet is tonight at Red Bull Arena.

What are you hoping to see tonight from #RBNY?

There was a semifinal place on the line and a chance to go within two games of winning a piece of silverware for more bragging rights.

Neither team has won the Open Cup before, though the Red Bulls finished runner-up in 2003 (as the MetroStars) and in 2017.

Both teams went with strong lineups, though forwards and Designated Players Patryk Klimala of NYRB and Talles Magno of NYCFC started the game on their respective benches.

It was a frantic, scrappy start to the game in Harrison, New Jersey, which set the tone for what was to come.

An early nudge on the back of in-demand NYCFC striker Taty Castellanos was enough to send him off balance in the area, but apparently not enough for referee Matthew Thompson to give a penalty.

The referee featured heavily and three City players, Keaton Parks, Santi Rodriguez, and Mads Amundsen all found themselves in the book within the first 20 minutes.

There were 22 fouls in the first half, and not many chances on goal, though City goalie Luis Barraza needed to save smartly from Cristian Cásseres towards the end of the opening 45.

Castellanos tested Carlos Coronel as the second half commenced — the visitors’ first shot on target despite their dominance of possession to that point.

Morgan had fired a left-footed free-kick just wide in the first half, but his goal to open the scoring was a poacher’s effort as he stole into the box to get on the end of an Aaron Long knockdown.

The game retained its scrappy, bad-tempered nature into the second half, and NYCFC’s Thiago Andrade was the first to really lose his cool, leaving a foot in on Sean Nealis before headbutting John Tolkin right in front of the referee.

Thiago was just about to be subbed by his head coach Nick Cushing, but the referee produced the red card to scupper City’s plans.

The Red Bulls put the game to bed when Luquinhas tucked home a rebound after Barraza had saved from substitute Klimala, with Bronx-born Fernandez aptly rounding off the win.

The game ended in a scuffle after the final whistle — of course it did — with Tom Edwards of the Red Bulls, and City’s Maxi Moralez seeing red.

NYCFC will feel some decisions didn’t go their way and could have had a couple more free kicks in their favour, but their inability to keep their heads during all of this, plus some really lax defending, cost them.

The Red Bulls were clinical when it mattered and took advantage of the extra man. They’ll now face the winner of Orlando City and Nashville SC in next month’s semifinal.

If they go on to win the Cup for the first time, having defeated their local rivals along the way will make it all the sweeter, and they might just make the most of those bragging rights.